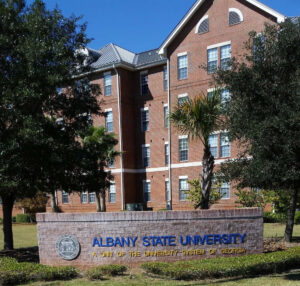 The Gamma Sigma Chapter was chartered under the supervision of Delta Eta Omega Chapter as the first sorority on the Albany State Campus. 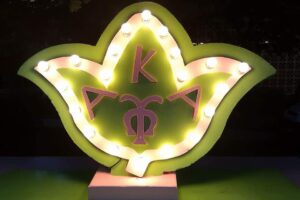 During the seventy-one years of existence, Gamma Sigma Chapter has made significant contributions to the Albany State University Campus and the Albany Community. The members of Gamma Sigma are proudly known as “Gamma Sigma Girls.” A number of Gamma Sigma members have been elected to the position of Miss Albany State, including but not limited to Olivia Blaylock, Annette Jones (suspended during the 1960 Civil Rights Marches), Alisha Albritten, Melanie Shorter Jones, Patsy Farmer Washington, Jocelyn Hagan Jackson, Prissy McDaniels, Regina Glenn, Aaliyah Arnold, Taylar Martin, and Tracia Cloud. A number of Gamma Sigma Girls have completed dental, medical or law degrees and returned to serve the Albany and surrounding community, including but not limited to Ivy Beyond the Wall Dr. Sonya Tayler Acree, Juvenile Court Judge Ingrid Driskell, and Dr. Melanie Shorter Jones. 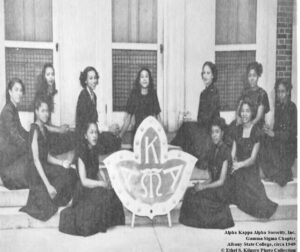 Allison Harris Alexander, a Gamma Sigma Girl and former basileus, served as the Sixth Executive Director at the Corporate Office.  As the Sixth Executive Director, she supervised the construction of the addition of the third floor and annex to the Corporate Office, mounted an image campaign to endear the Corporate Office staff to membership, revamped staffing, adding a dedicated conference planner, and improved systems and processes.  Mrs. Cynthia Turner Oliver was our first Leadership Fellow.  On the Albany State University campus, the members of the Gamma Sigma Chapter established the Jacquelyn Ragsdale Memorial Scholarship which is awarded in the memory of Gamma Sigma member, Jacquelyn Ragsdale, who passed before graduation.  The scholarship is awarded to the member of the Divine Nine on the campus of Albany State University with the Highest-Grade Point Average, The Scholarship is awarded at the University’s Annual Honors Day Convocation. To celebrate the 50th Year Anniversary a grand reunion was held in 1996 on the campus of Albany State University.  The affair was very well attended. 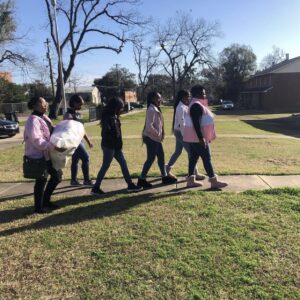 COVID 19 Pandemic required “out of the box” planning in order to observe the Annual “SkeeWeek”  celebration—so a virtual “SkeeWeek” Celebration was held. Each day of the week incorporated the implementation of one of the five targets. Target 1: HBCU For Life — Gamma Sigma posted on social media platforms reminders to students to complete FASFA and college applications. To demonstrate Target 2: Women’s Healthcare and Wellness, Gamma Sigma provided a Zumba Class that incorporated the overall well being and awareness of women’s physical health to the Albany State University family. Target 3: Building Your Economic Legacy — We highlighted an Albany State University’s student entrepreneur. For Target 4: The Arts — the favorite artists of members were posted on our social media platforms. For Target 5: Global Impact– we posted picture videos of the books that we plan to donate to our Library in Ghana.

Go to Top
We use cookies to ensure that we give you the best experience on our website. If you continue to use this site we will assume that you are happy with it.OkPrivacy policy